Several months ago we bought tickets to go to the King Tut exhibit.  We were thrilled to share such an amazing learning opportunity with our son.  We decided to wait several months  before going so that it wouldn’t be crowded.  Apparently, we didn’t wait long enough because it was crowded.  Really crowded.  We were met with a line of waiting people and then stopped at a holding room where you are supposed to watch an introductory video.  Initially it wasn’t too bad, but as the room filled…my son’s anxiety peaked.  The fight or flight response takes over and he ran to the door.  I asked the tour guide if we could skip the movie and go straight in hoping that it would be less crowded inside.  She allowed us to go in, but unfortunately it was still full and the room was warmer than expected.

As adults, we realized the magnificent treasures that we were able to see up close.   We tried to explain how rare an opportunity this was to my son, but he wasn’t interested (or couldn’t focus) on the beauty around him.  Although our stay was shorter than imagined, we were able to take pictures of some of the items displayed. 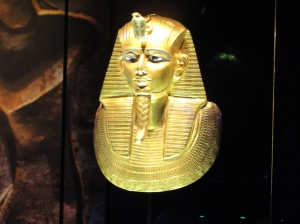 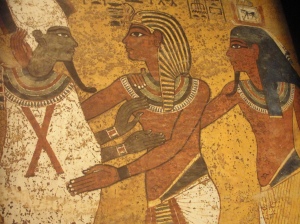 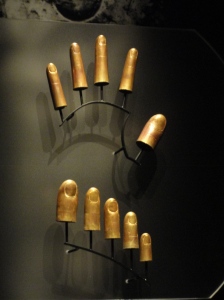 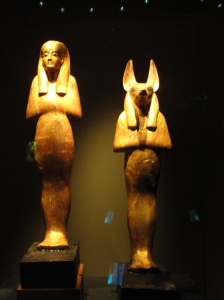 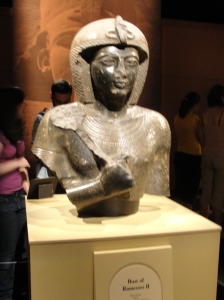 Once we were out of the exhibit, he was able to explain that it was too warm and crowded and he was uncomfortable.  Although I understood (because it really was both of those things), it was still frustrating.  I was sure that this would be something that he would love.  To me, seeing all of the unique treasures and hearing about the materials and methods that were used, would have been highly interesting to him.   As I talk with him about this, he apologizes repeatedly.

Since we had planned to be at the exhibit for a while and had a few hours left of parking, we talked him into trying some of the science exhibits.  He was very hesitant and set on going home until we saw a large fountain where children can experiment with water.  Thank goodness, this site stops the cycle of talking about home. 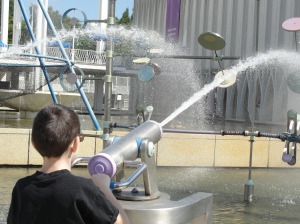 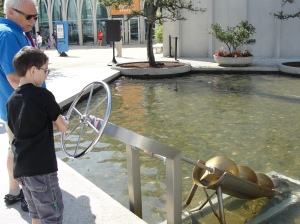 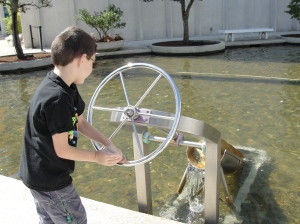 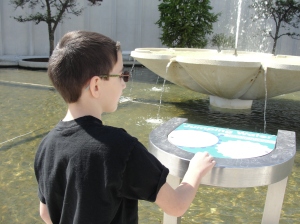 I don’t know if it was the fresh air or the experiences with water, but after a few minutes he was willing to stay longer and see what else was displayed.  This was a great success because previous trips have always been cut short by the crowds and his inability to work through his discomfort.   I am glad that we stayed.  He was curious and actively engaged in many of the experiments. 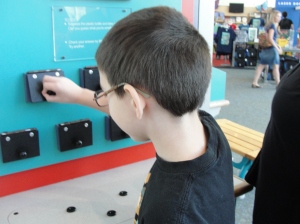 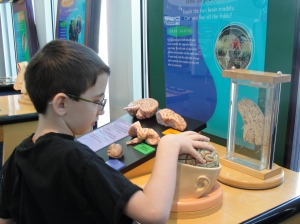 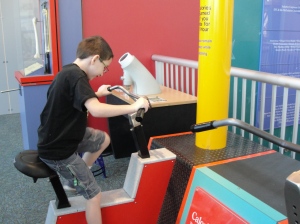 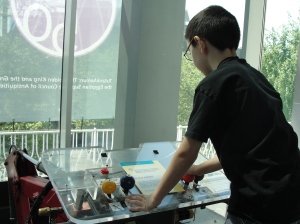 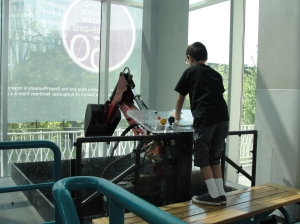 I would be lying if I said that it was a perfect day.  There were moments where we were all a bit frustrated!  But here’s the thing…we set out to spend quality family time doing something fun and educational.  We accomplished it.   Yes…we have to compromise and have more patience than we ever imagined possible, but we love our son and are proud of the progress that he is making.  Honestly, I think we are all making some progress 🙂