As part of our fourth grade homeschooling experience, we are investigating the geography, economy, agriculture and people of our state.  We purchased a large wall map and decided that the best way to learn about our state, was to travel our state.

With this in mind, we hopped on a ferry and headed to Bainbridge Island and Poulsbo.

While there, we visited the Suquamish Museum and Chief Sealth’s grave.  For fun, we searched  the neighborhoods for our “if we won the lottery” house.

We learned that Poulsbo was home to the Suquamish people before immigrants from Scandinavia and Norway settled there and called it home. We gained a bit of knowledge about the Washington State Ferry system.

**Side note…the next day, a ferry on this same ferry route, ran out of power and people were stuck for a really long time. That would have been hell!

After we returned home, we put a pin in “Poulsbo” and measured to find out how many miles were spent in the car.

If I’m being honest, it felt as though we traveled twice that distance.

Let’s just say that there wasn’t 100% enthusiasm from my TBP during this whole trip.

The decision was a last-minute so we forgot some key items…headphones and iPad charger.

Waiting in the ferry line at the hottest part of the day was probably not our best move either but, it was a learning experience, for all of us.

This was just the first of our travel-the-state-and-then-stick-a-pin-in-it-because-we’re-done days.

There will be more of these excursions, lots more.

I hope the next one goes a bit smoother.

Here are a few of the highlights that I captured… 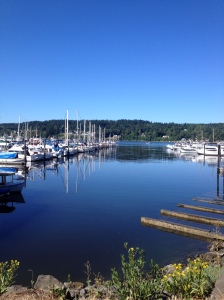 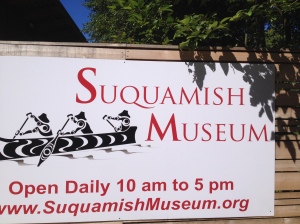 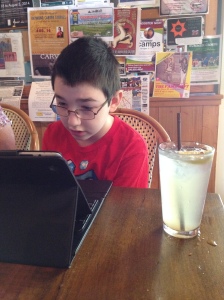