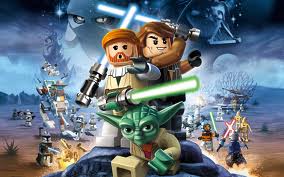 We are big fans of Star Wars.  We used to have long discussions about which Episode was our favorite. After many debates, we decided that Episode 3 was truly the best. That was the one that showed the transformation from Anakin to Darth Vader.

My TBP used to share Star Wars facts so often, that I learned more than I ever expected about the SW Saga. Over the years, I have decided that there are a few things that my son has in common with a Jedi Knight.

1. My Jedi Knight can use mind control too.  Remember when Obi Wan could convince a dark side character to think what he wanted? Surprisingly, a solider would let Obi Wan pass into a protected area because of his calm Jedi Knight talk. My son, possesses that same skill. When he was a preschooler, my son would look at me as we waited for a library puppet show and would say, “Wouldn’t you like a nice latte at Starbucks right now?”  Before I knew it, we were sitting at a small bistro table enjoying a drink together.

This mind control worked on other people, like his swimming teacher. “You will let me use the bubbles today before our lesson is up, right?” Faster than you could say “rubber ducky” he was jumping into the bubbly jets at the end of the spa pool.

Maybe it is the brick and mortar materials, but his mind control has not proven to be effective at school.

2. Like Jedi Knights, my son prefers to go solo.  Yes, He understands that team work can be valuable, but he doesn’t have the patience to train others. “Sometimes others can drag you down, especially if they are weaker.”  I really hope that someday there will be a Chewbacca for his Han Solo, but we are still waiting.

3. My son is bright and can think outside of the box, especially if he has plenty of food, drink, and sleep. I believe this must be true of the best Jedi Knights.

4. My young Jedi Knight is excellent with a saber.  We have a few different sabers or swords at home and my son also took fencing lessons.  He has complete focus in his eyes as he tries to defeat his opponent.  Since I am his most frequent opponent, I can tell you that he is quite skilled and doesn’t like to lose.

I told him that when I was his age, my grandma worked for a toy store.  Around the time when some of the Star Wars movies were running in the theaters, she had purchased red and green light sabers for me and my sister.  I really wished that I would have kept those instead of giving them to the Goodwill years ago.

Like a Jedi Knight, my son has greatness that makes him unique; I encourage him to use his power for good.  Right now, we continue to search for the right experiences and mentors to help him develop his mind, skills and gifts.  It isn’t easy, but I hope The Force is with us!